The trial will analyze SNIPR001’s safety and tolerability and its effect on decreasing the colonization of E. Coli in the gut.

Being developed in partnership with US-based non-profit organization CARB-X, the investigational CRISPR therapy is intended to selectively act on and eliminate E. Coli in the gut.

This averts their translocation to the bloodstream in an increased risk population of patients with hematological cancer who are at risk for neutropenia.

The precision technique could potentially change the way E. Coli infections are avoided and treated, particularly in the cancer ward.

The trial will analyze the safety and tolerability of SNIPR001 in healthy subjects, as well as assess SNIPR001’s effect on reducing the colonization of E. Coli in the gut. 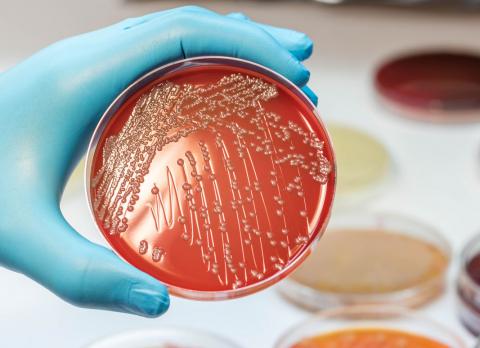 Nearly 36 healthy participants will be part of the trial to evaluate multiple ascending doses of the oral therapy.

Earlier, the US Food and Drug Administration granted Fast-Track designation to SNIPR001.

SNIPR Biome R&D chief medical officer and head Dr Milan Zdravkovic said: “We are excited about having brought our first asset into humans and expect top-line results around year-end.

“We are in parallel pursuing our pipeline of CRISPR-medicines of exciting targets within oncology, immunology and cardio-metabolism, and have an ambition of selecting the next molecule from our pipeline to move into IND enabling studies also by the end of this year.”