Global pharma companies are turning their focus to Mexico, with its low manufacturing costs and proximity to the US as two of the major advantages.

Mexico is Latin America’s second-largest pharmaceutical market and ranks in the top 15 on the global list of biggest pharma markets. By 2025, multiple growth factors are contributing to this figure rising to a projected $30.04bn, according to GlobalData analysis.

In addition, more than $15.48bn in pharma sales were recorded in Mexico in 2021, and the country offers a strong manufacturing base for antibiotics, analgesics, and antiparasitics. Furthermore, the Mexican market typically favors branded products over generics, making the country a highly suitable location to license innovative medicines.

And there are numerous opportunities for pharma companies in Mexico. When it comes to core health services, an estimated 90% of Mexico’s population of 128.9 million has coverage. However, out-of-pocket payments make up more than 40% of total healthcare spending in the country.

Mexico is increasingly attracting international pharma companies and contract manufacturers. Recent government interventions have helped make the country more competitive in the R&D of new drugs and the biosimilars market, as two examples, according to GlobalData. Then there is the rapidly growing market of medical tourism, with estimates suggesting that treatments in Mexico are 30%-70% cheaper than in the US.

One challenge the Mexican Government has made a priority is stamping out historic issues such as alleged corruption and accusations that public funds are being misused. The intention is that this action will increase transparency and improve confidence among international investors. The national government is also taking action to resolve issues regarding the supply chain and regulations. Additionally, to address ongoing shortages of medicine in the country, the government has changed the processes by which medicines are acquired in a bid to improve matters.

Mexico has also been working to publish its National Pharmaceutical Policy (PNF), with the intention to boost and support nationwide scientific research, while also encouraging innovation in pharmaceuticals.

Proof that this strategy is taking effect is in the significant amount of international pharma companies and CROs with operations in the country. GlobalData estimates that just under half of all companies involved in pharmaceuticals in Mexico have overseas owners, attracted by manufacturing costs that are 17 times lower than in the US, according to 2018 figures. 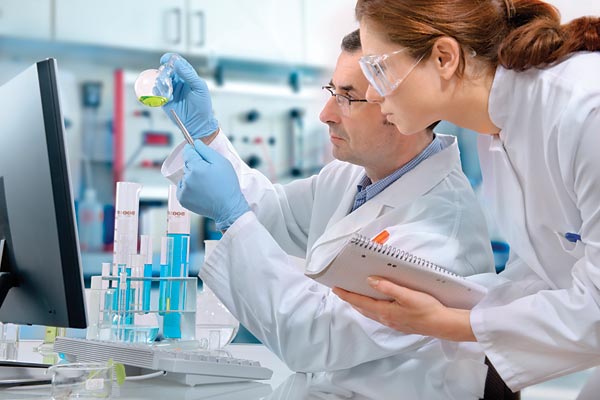 Mexico is fast becoming one of the most promising global destinations for pharmaceutical investments, with contributing factors that include a middle-class population that is already large and also growing, a favorable environment for the private sector, and an increase in demand for healthcare services nationally.

Mexico is a particularly appealing location for foreign investments, thanks to its lower costs for manufacturing and clinical trials, as well as its closeness to the US – the largest pharma market in the world. Doctors and patients are often familiar with new therapies being developed in both countries and are keen to gain access.

In fact, the majority of foreign direct investment in Mexico comes from the US. The appeal of Mexico for US investors has increased in recent years, driven by efforts to lessen the dependence on China.

Disruption to the supply chain caused by Covid-19 has been another factor in US companies opting to bring manufacturing activities nearer to their main base of operations. North American neighbor Canada is also making the most of what the Mexican pharma market offers for operations.

Regarding clinical trials, GlobalData reports that 763 were held in Mexico between January 2019 and February 2022. In terms of therapy areas, most trials in this region have been in the infectious disease segment during the last three years, driven in part by demand for the development of a Covid-19 vaccine. This is followed by oncology. As for indications, infectious diseases make up the bulk of clinical trials, with autoimmune disorders and diabetes following some way behind.

With a large population supplementing high recruitment rates, competitive market costs, a high level of specialization across the clinical research phases and other key advantages, Mexico is a region worth considering for companies involved in clinical research.