Latin America, the right choice for your clinical trial.

The more than 20 countries that make up Latin America offer a vast pool of subjects for trials and patients for marketed drugs. Approximately 600 million people live in the region, which stretches from Mexico in the North to Chile and Argentina in the South. Indeed, the combined populations of just three countries, Brazil (192 million), Mexico (103 million), and Argentina (41 million), surpass the U.S. population. Sponsor companies that are sensitive to the differences in demographics and regulations from one country to the next will find that Latin America is ripe with opportunities for clinical research. The benefits—most especially easy access a diverse patient population—outweigh the challenges of obtaining regulatory approval.

The World’s Most Ethnically Diverse Region

Within Latin America, there are Native Americans or Amerindians, the region’s indigenous people; Blacks; Mulattos; Mestizos (those of mixed European and Amerindian ancestry); and Caucasians, although the composition varies from country to country. (See Figure 1) Native Americans represent 8% of the overall population, but represent a majority in Bolivia and constitute sizeable minorities in Ecuador, Guatemala, and Peru. Caucasians predominate in Argentina, Uruguay, and Puerto Rico. Brazil is made up of a high percentage of mixed Black and Caucasian (or Mulatto) people. The remaining countries have high, but varying, percentages of Native Americans, and mixed races. Consequently, the culture of each country is quite unique.

This racial diversity is an important factor to consider in country/site selection for studies in which the incidence of disease is significantly higher in a particular group.

The region has experienced the same phenomenon as the rest of the world in terms of an increase in life expectancy. Thanks to improved sanitation, public health programs, better nutrition, economic development and medical advances (particularly those that significantly reduced infant mortality), Latin Americans are living longer, and the elderly portion of the population is increasing. The Population Reference Bureau reports that those 65 and older already represent 10% of Argentina, Cuba, and Uruguay, and this will be the case in most Latin American countries by 2030.

As in other areas of the world, there has also been an epidemiological transition: the prevalence and incidence of communicable diseases have been decreasing while the prevalence and incidence of “lifestyle” disease have been rising at an alarming rate. Urbanization, a sedentary lifestyle, smoking, and a diet rich in fats and carbohydrates is contributing to cardiovascular disease, obesity, diabetes mellitus and chronic kidney disease. Thus, Latin America’s pattern of disease is beginning to mirror that of the U.S. and EU countries.

Just as Latin American countries are heterogeneous when it comes to demographics, living conditions are also quite different across the region. The average years of education completed is often low (7.3 years in Colombia, 8.9 years in Mexico, 9.3 years in Argentina, 9.5 years in Ecuador, and 9.7 years in Chile). However, it is 14 years in Peru. This is a factor that must be taken into consideration when preparing materials for patients; information must be presented so that it can be understood by people with all education levels.

As the Economic Commission for Latin American and the Caribbean has reported, economic welfare is different by country, and often there are wide discrepancies between urban and rural areas. The percentage of the population whose basic needs remain unmet can range from 5% to 35%. “Housing conditions and access to basic services (drinking water, sanitation, and electric power) are far more of a problem in rural areas, and the public investment required to improve them is substantially higher because of the wide geographical dispersion of households or their remoteness from public or private service networks.” 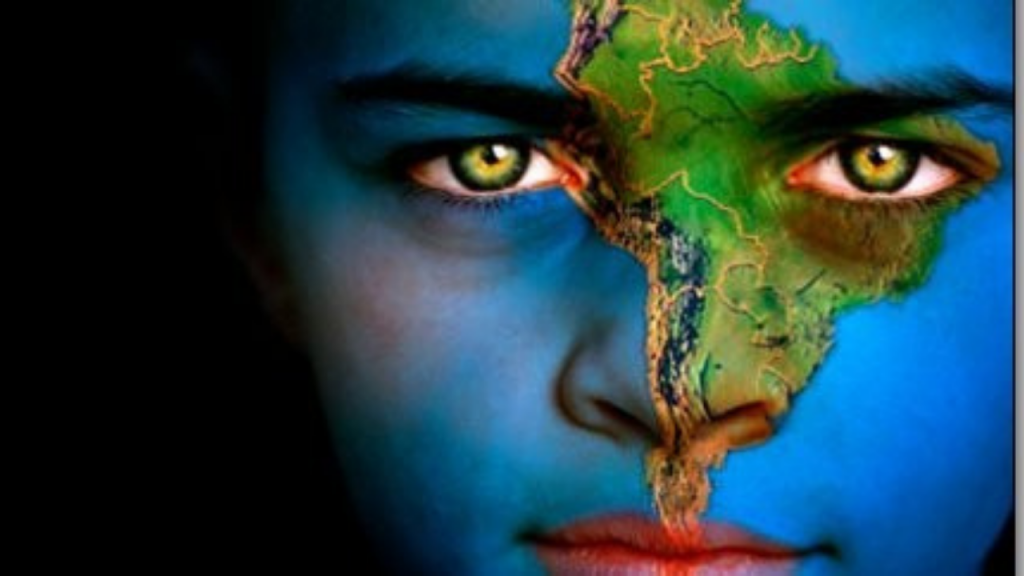 The Most Urbanized Area of the World

Latin America is home to dense urban areas; in fact, the United Nations has referred to it as the most urbanized region of the world.3 Overall, 80% of Latin Americans live in cities, and the urbanization process is expected to continue. The United Nations estimates that by 2020, 90% of the people in the Southern Cone region will live in cities. Many of the major cities date back to the efforts of Europeans to colonize the area in the 16th century. Sao Paulo (20 million), Mexico City (19 million), Buenos Aires (13.6 million) and Rio de Janeiro (12 million) all rank in the top 25 largest metropolitan centers in the world.4 As shown in Figure 3, the population distribution across urban areas in Latin America closely resembles that of Asia. Latin America also has more people living in “megacities” than North America.

A Strong and Modern Healthcare System

Throughout the Latin American region where access to care is constitutionally guaranteed, expenditures on healthcare have been rising steadily—in many cases, faster than in the global market as a whole. (See Figure 4) Latin American governments have made expanded and improved healthcare a priority even in the face of budget constraints. A rising middle class with demands for high quality care are giving rise to a private healthcare sector.

An Active, But Far From Saturated, Trial Market

In terms of its capacity to accommodate clinical trials, Latin America is, potentially, at an ideal stage: it has the requisite staff, facilities, regulations and quality standards, but is not yet saturated with trials. Currently there are 1,427 active industry studies in progress across ten countries in the region, and six countries (Brazil, Mexico, Argentina, Chile, Peru and Colombia) account for nearly 90% of all Latin American trials. (See Figures 9 and 10) Brazil, in fact, accounts for nearly one-third of all trials in the region, which is not surprising given the size of Brazil’s pharmaceutical market. IMS Health has forecasted that Brazil will be the 4th largest pharmaceutical market in the world by 2017.

Challenges To Bear In Mind

The diversity that characterizes Latin America is certainly one of its major strengths when it comes to the region’s suitability for clinical trials. There is, however, a flip side to that which sponsor companies should bear in mind: each country in the region naturally has its own set of regulations, cultures, and conventions. This necessitates that companies work with partners well established in each country who have an understanding of the local procedures, an expansive professional network, and a strong relationship with the country’s MoH.

In the trial, GLY-200 was found to be well-tolerated across all tested dose levels without any safety signals detected.

In the trial, vaccination with ABNCoV2 led to a substantial improvement in neutralizing antibodies against the Omicron variant.

The trial will evaluate the change in pain and function following subcutaneous injections of PPS versus placebo.

The open-label trial will assess the safety and efficacy of GT90001 plus Nivolumab in patients with advanced HCC.