Test and placebo groups are equally important, as shown by the results of numerous clinical trials.

In undertaking a clinical trial, researchers don’t want to leave anything to chance.

They want to be as certain as possible that the results of the testing show whether or not a treatment is safe and effective.

The “gold standard” for testing interventions in people is the “randomized, placebo-controlled” clinical trial. That means volunteers are randomly assigned, that is, selected by chance to either a test group receiving the experimental intervention or a control group receiving a placebo or standard care. A placebo is an inactive substance that looks like the drug or treatment being tested.

Comparing results from the two groups suggests whether changes in the test group result from the treatment or occur by chance. In many trials, no one, not even the research team, knows who gets the treatment, the placebo, or another intervention. When participants, family members, and staff all are “blind” to the treatment while the study is underway, the study is called a “double-blind, placebo-controlled” clinical trial. 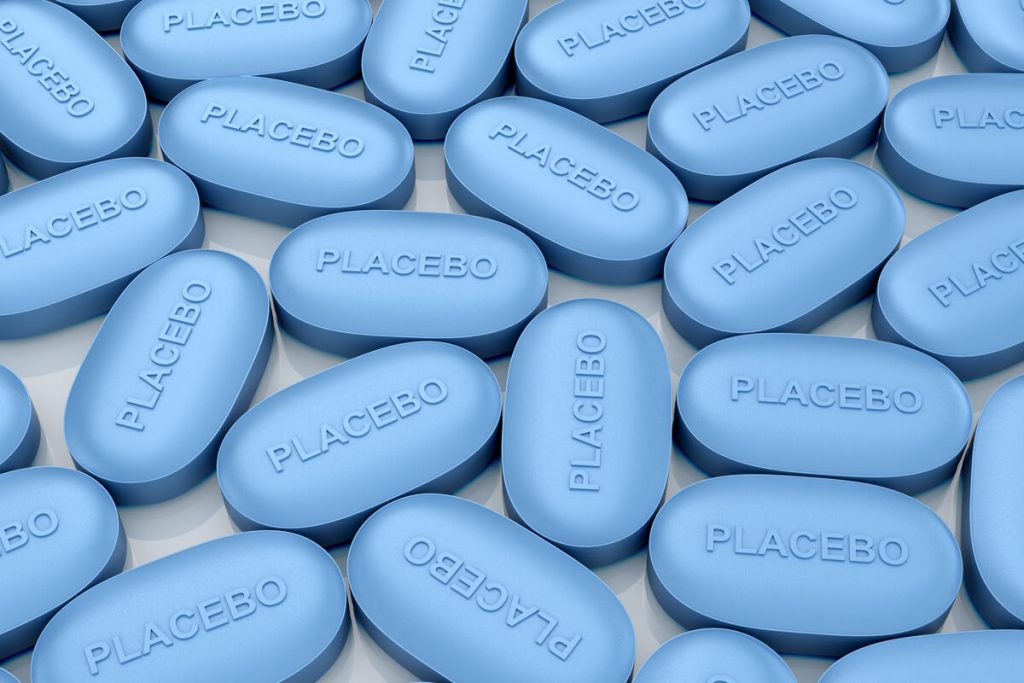 What Can We Learn from Placebos in Clinical Trials?

Test and placebo groups are equally important, as shown by the results of numerous clinical trials. For example, early research suggested that ginkgo biloba, an herbal supplement, might be effective in delaying dementia.

To find out, the National Institutes of Health (NIH) sponsored a 6-year, Phase 3 clinical trial with more than 3,000 participants age 75 and older. At the end of the trial, scientists reported that they had found no significant differences in effect on dementia in adults who received ginkgo biloba or the placebo.

This result was disappointing, but scientists gained a wealth of information to inform future research. For example, researchers learned more about subgroups of participants who may be at greater risk for developing dementia and about ginkgo’s possible effects on cardiovascular disease, cancer, depression, and other age-related conditions. They also gained insights into the design and conduct of large dementia prevention trials in older adults.

Based on the results of this and other trials in people with Alzheimer’s, scientists have begun to test treatments in people at earlier stages of disease, that is, people who may have Alzheimer’s-related brain changes but no memory loss or other symptoms. Many researchers think that treatment earlier in the disease process may help prevent or delay dementia.