The agent will be administered to patients with relapsed small cell lung cancer.

Lurbinectedin is under active investigation in a newly launched phase 3 clinical trial, in which the agent will be administered to patients with relapsed small cell lung cancer (SCLC) either alone or in combination with irinotecan and compared with the physician’s choice of chemotherapy, according to a press release by PharmaMar.

Lurbinectedin is an alkylating agent with the ability to bind to guanine residues within DNA. The drug causes a domino effect that can affect the activity of DNA binding proteins, including some transcription factors, and DNA repair pathways. The treatment ultimately leads to disruption of the cell cycle and eventual cell death. Lurbinectedin was granted accelerated approval by the FDA for the treatment of adult patients with metastatic SCLC with disease progression on or after platinum-based chemotherapy. Continued approval is contingent upon successful results from a confirmatory trial.

“There has been strong clinical demand for Zepzelca following the FDA’s accelerated approval, which demonstrates that this important therapy is filling a significant unmet need for the metastatic small cell lung cancer community,” said Rob Iannone, MD, MSCE, executive vice president, research and development and chief medical officer at Jazz Pharmaceuticals, in a press release. “We are committed to working with PharmaMar and the FDA to further demonstrate the clinical benefit of Zepzelca and support conversion to full regulatory approval in the United States”

In the randomized, multicenter, open-label, phase 3 LAGOON study (NCT05153239), 705 patients with SCLC will be randomized 1:1:1 to receive either lurbinectedin monotherapy, lurbinectedin in combination with irinotecan, or the physician’s choice of either topotecan or irinotecan. In both experimental arms, lurbinectedin will be dosed at 3.2 mg/m² by intravenous (IV) infusion on day 1, every 3 weeks. In the combination experimental arm, irinotecan will be dosed at 75 mg/m² IV on days 1 and 8, every 3 weeks. Finally, in the comparator arm, patients will receive irinotecan 350 mg/m² IV on day 1, every three weeks or topotecan at either 2.3 mg/m² oral or 1.5 mg/m² IV days 1-5, every 3 weeks.

The first clinical trial site enrolling is the Dana-Farber Cancer Institute in Boston, Massachusetts. The primary end point of the LAGOON study is overall survival. The secondary end points being investigated include progression-free survival, overall response rate, duration of response, and patient-reported outcomes.

To be included in the study, patients aged 18 years or older are required to have histologically or cytologically confirmed SCLC with, an ECOG performance status of ≤ 2, and adequate hematological, renal, metabolic, and hepatic function. In terms of prior treatment, all patients must have received at least 1 prior line of platinum-containing chemotherapy with/without anti-PD-1 or anti-PD-L1, have a chemotherapy-free interval of at least 30 days before enrolling in the study, and prior radiotherapy must be at least 2 weeks from the time enrolled in the study.

The study permits inclusion of patients with a history of central nervous system (CNS) metastases given they are pretreated and radiologically stable. It must be at least 3 weeks since the most recent prior antineoplastic treatment and recovery to grade ≤ 1 from any adverse event related to previous anticancer treatment for all patients.

Patients are excluded if they are platinum naïve, were previously treated with lurbinectedin, trabectedin, PM14, or topoisomerase I inhibitors, have active or untreated CNS metastases, or other comorbidities that may interfere with lurbinectedin treatment or chemotherapy during the study.

“We are very excited about this trial, which is designed to reinforce lurbinectedin as a second-line treatment of choice in the US and has the potential to bring our treatment to European patients,” said Ali Zeaiter, director of clinical development, PharmaMar Oncology Business Unit, in the press release. 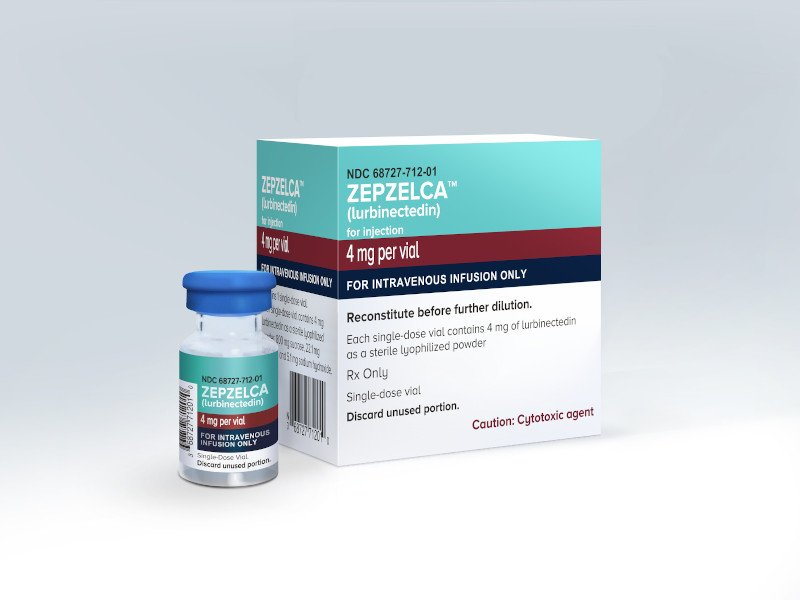